The 19th century Victorian façade will be retained with the 1980s office block behind demolished to make way for a new seven-storey, 298-bedroom hotel. The scaffold forms part of the work to enable demolition at the rear, and in order to maintain pedestrian access along Cross Street and the existing retail units contained within the development.

Controlled demolition has recently commenced and construction of the new superstructure is due to begin in the autumn. The project is scheduled to complete autumn 2017 when it will be handed over to Motel One, the budget design hotel chain, for final furnishings and staff training ahead of operational completion.

Designed jointly by architects stephenson:ISA Studio and Leach Rhodes Walker (LRW), the new hotel will also include a restaurant and ground floor retail unit, plus a 25-space basement car park.

Russells will install a specialist structural steel framing system which will be clad with a lightweight façade system, giving a smooth textured finish which is modern and complements the character of the existing frontage and other surrounding buildings.

Gareth Russell, Russells Construction director, said: “The first phase of work has commenced for the new Motel One in Cross Street. Scaffolding has gone up right around the building to enable the demolition of the rear section to go ahead. Due to the restricted location, this will be a controlled demolition with the building coming down floor-by-floor.

“The location and design lends itself to the use of a structural steel framing system, which has the combined benefits of speed and will limit deliveries and storage requirements on this restricted city centre site.

“One of the most important aspects is the retention and enhancement of the original façade which will be protected throughout the project. Russells has significant experience in both heritage refurbishment and high rise city centre work in recent years and our team will bring that knowledge and expertise to this latest project.”

Russells has also been working on Manchester’s first Motel One on London Road opposite Piccadilly train station. The 330-bed hotel is being developed by Livia Ltd, part of the Olympian group of companies. 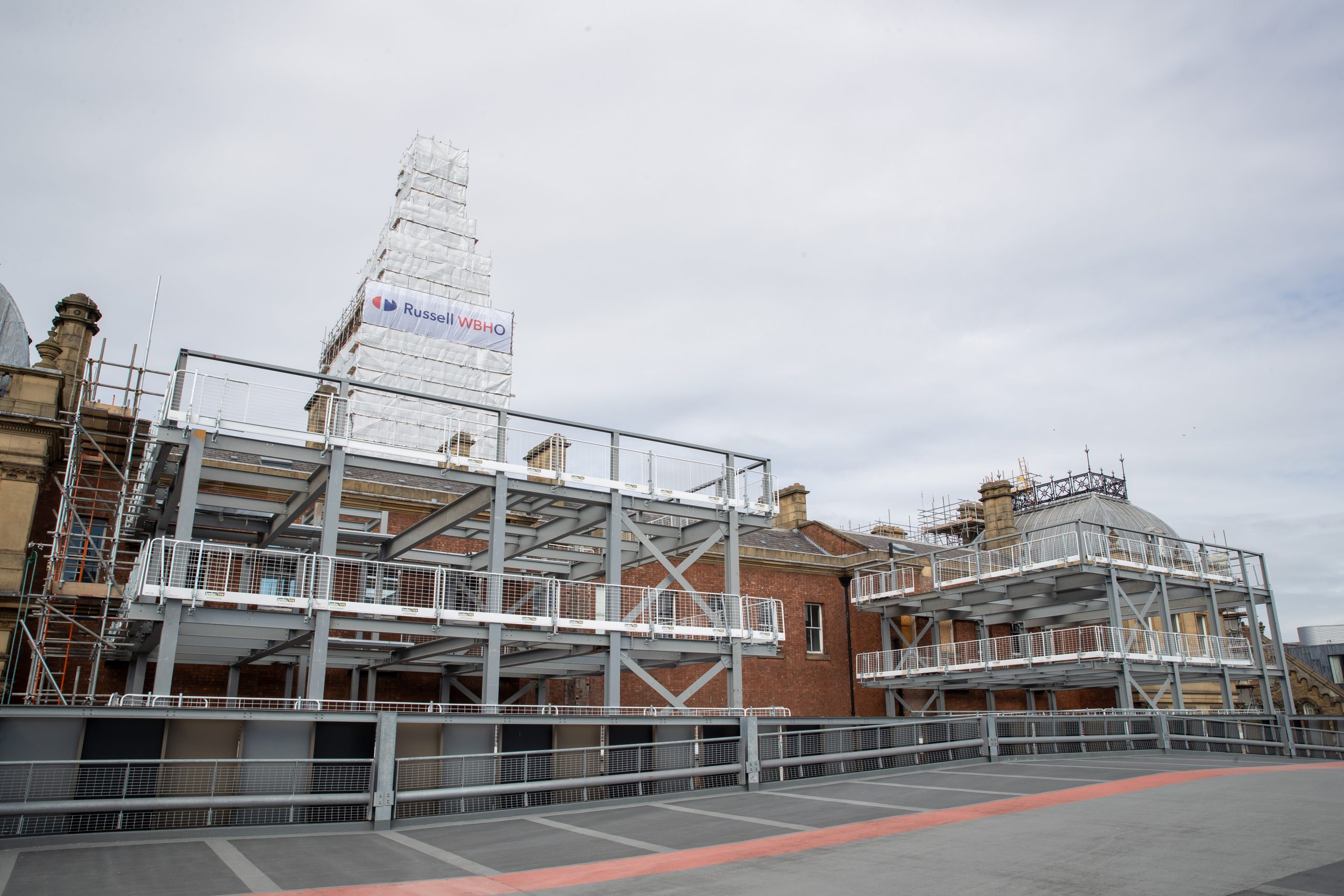 The £40m conversion and restoration of Liverpool’s Grade II* listed Municipal Buildings into a luxury hotel has passed its latest construction milestone. … Continued 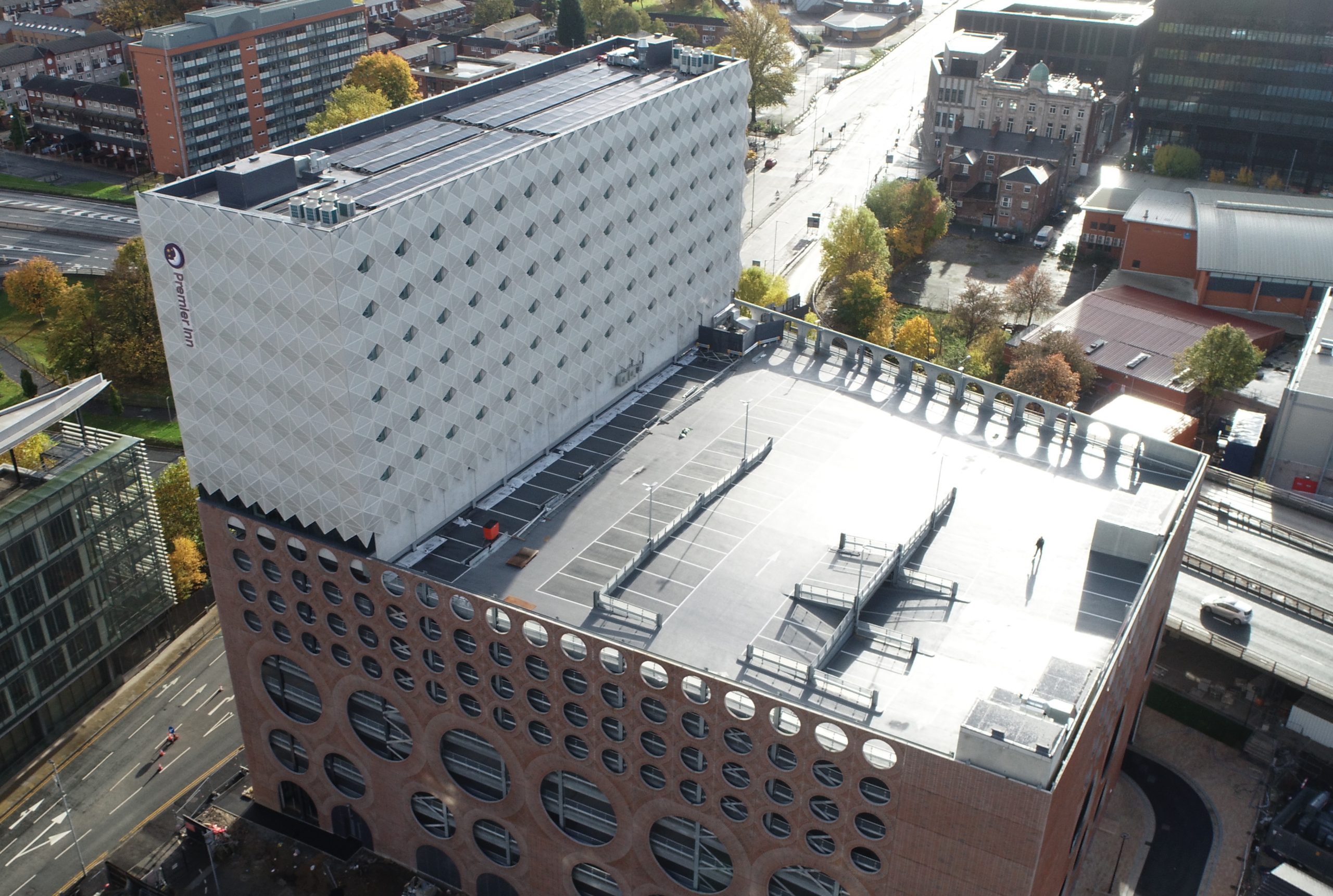 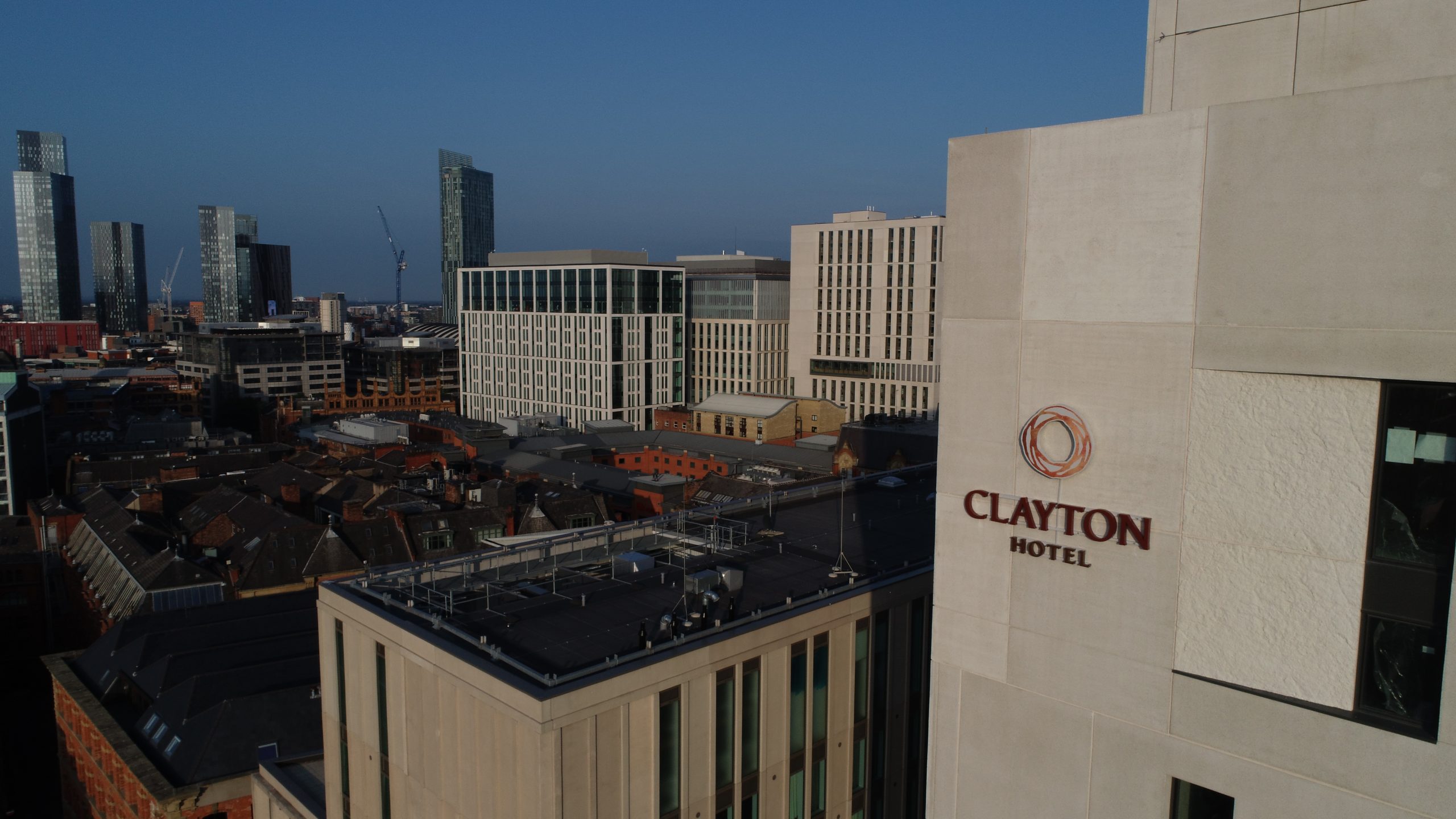 The new Clayton Hotel in Manchester’s Portland Street is nearing completion. Latest images from the development show the building from the rear … Continued