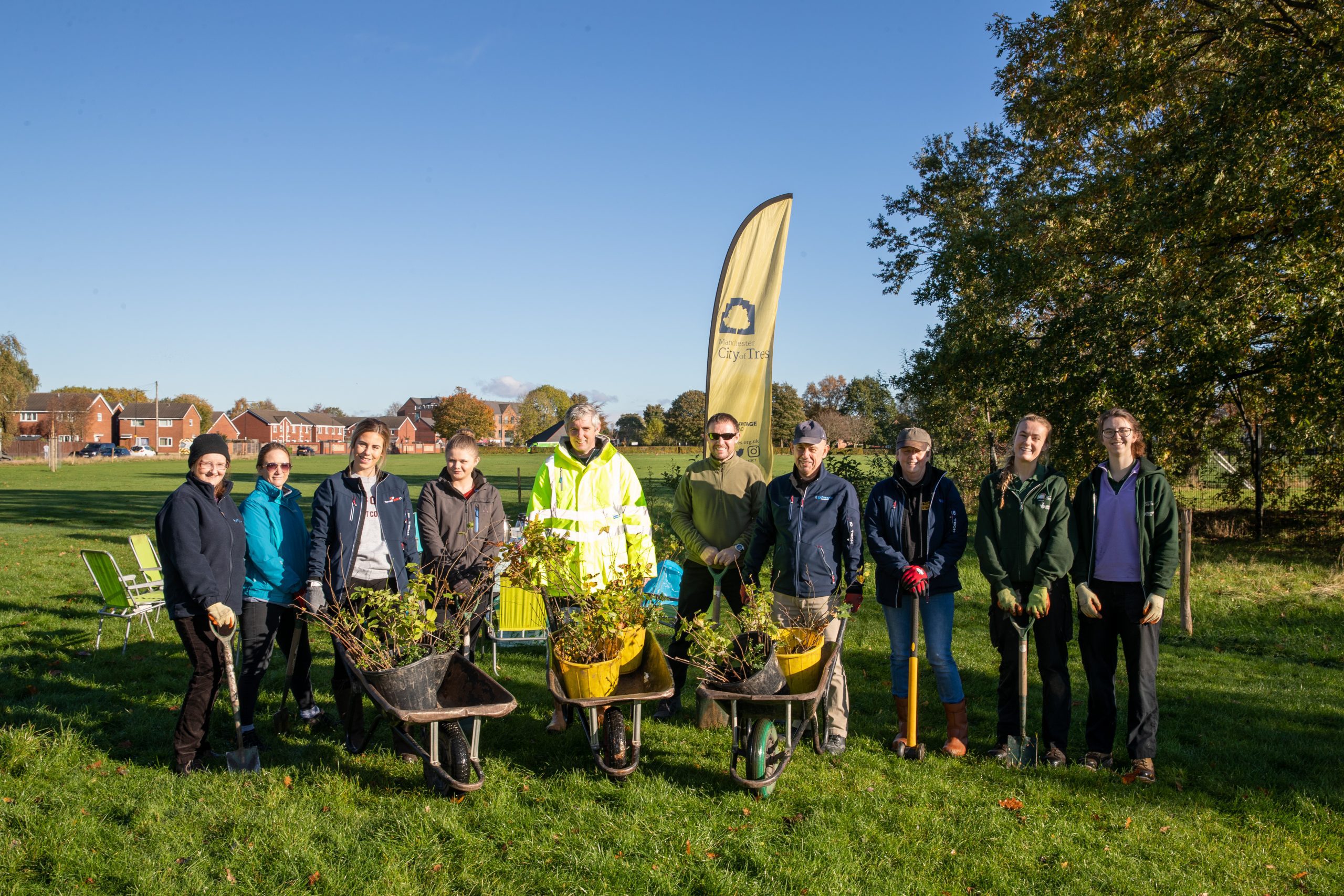 Almost 200 trees have been planted at a Flixton park thanks to volunteers from Russell WBHO.

Our team selected a City of Trees project at Woodsend Park for their first annual Green Away Day.

The sun was shining for the five hour session which saw the volunteers plant 199 new trees and assist with the on-going management of the quarter-hectare site off Woodsend Road, by removing foliage, protecting young saplings, adding mulch, and spreading over a tonne of woodchip.

The Green Away Day is a new initiative for the £140m construction business which is based in Trafford Park, not far from Flixton. The team wanted to support an environmental project which would benefit their local community and make a difference in the battle against climate change.

All head office departments were represented during the team building exercise, with employees from project management, accounts, human resources, marketing, legal, and health and safety all taking part. The event forms part of the firm’s three-part corporate social responsibility commitment; supporting employees’ health and well-being, promoting environmental awareness, and being a force for good in the local community.

Olivia Lea from Russell WBHO said: “Working at the park and planting almost 200 trees was a really fabulous, uplifting experience for everyone involved, despite a few sore backs the next day. We’re all doing our bit to help the environment at home and at work, but this was a very real and immediate way for us to have a positive impact on the climate crisis and do something to help improve a community space for people that live in our area.”

Woodsend Park is one of a number of sites across Greater Manchester being planted and maintained by City of Trees, which aims to plant 3 million trees throughout the city region, one for every inhabitant. The project is also part of the wider Northern Forest campaign which has ambitions to plant 50 million trees across the North of England.

“Tree planting is one of the key tools in the fight against climate change as they can help to absorb greenhouse gases such as carbon dioxide,” said Eleanor Walker from City of Trees.

“They can also play an important role for both communities and wildlife by providing vital natural habitats, and by creating community spaces in which people can spend their time and connect with nature.

“We are working in communities right across Greater Manchester to identify sites and engaging local people to join the project to plant and, crucially, maintain those revitalised public spaces.

“We are therefore delighted that Russell WBHO has chosen to support City of Trees and are very grateful for the help of their enthusiastic team for the planting at Woodsend Park.

“Companies like Russell WBHO are important partners for City of Trees and it is only with their support, combined with that of the local authorities, community groups and landowners, that we will achieve our goal of planting three million trees.”

City of Trees first planted at Woodsend Park in 2019 with a project designed to help remove moisture from the football pitches and provide a natural border to the field, helping to screen users from surrounding road pollution.

The wet woodland area is home to species such as alder and willows which soak up water while the fruit copse has hawthorn, blackthorn and cherry which are great for pollinators and birds. Three grove plots run along the roads and break up the space, adding visual interest alongside the benefits associated with carbon and pollution reduction, as well as enhanced biodiversity.

Councillor Sue Maitland, one of the representatives for Davyhulme West ward, joined the team for part of the day to lend a hand and say thanks for the work being undertaken. She said: “The park is a well-used and well-loved space with a children’s park, football pitches and a great field for community activities, all looked after by a fantastic team from the council with support from an amazing Friends group.

“It was wonderful to see the team from Russell WBHO choosing to use their away day to help the local community and the City of Trees project, and our thanks go out to all of them. It looked like everyone had a great time and really felt the benefit of being out in the sunshine and fresh air together, doing something so worthwhile.” 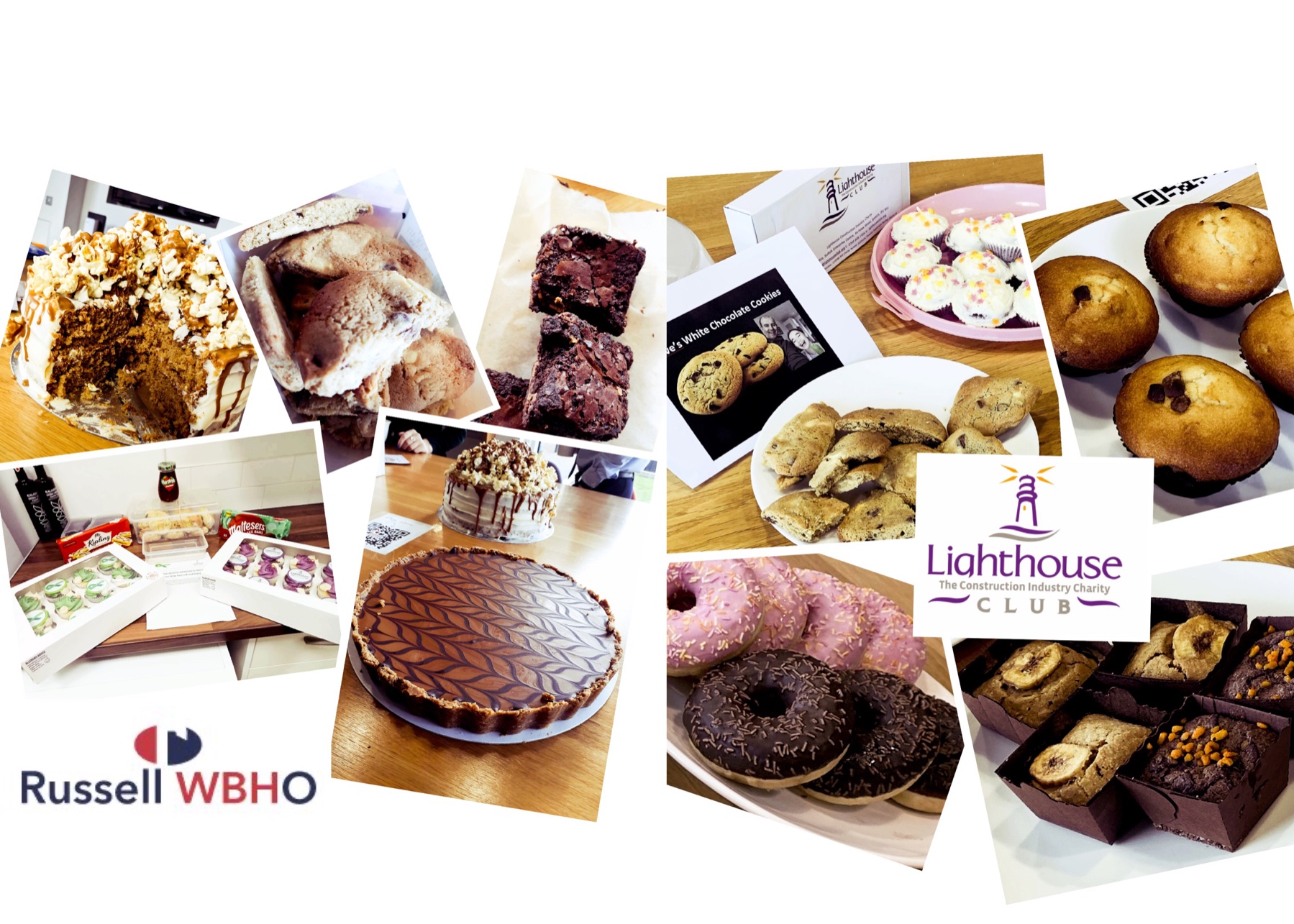 A tasty fundraiser for #MHAW2022

Fearless fundraisers are feeling on top of the world after raising more than double their target with their mountain climbing-challenge, thanks to … Continued 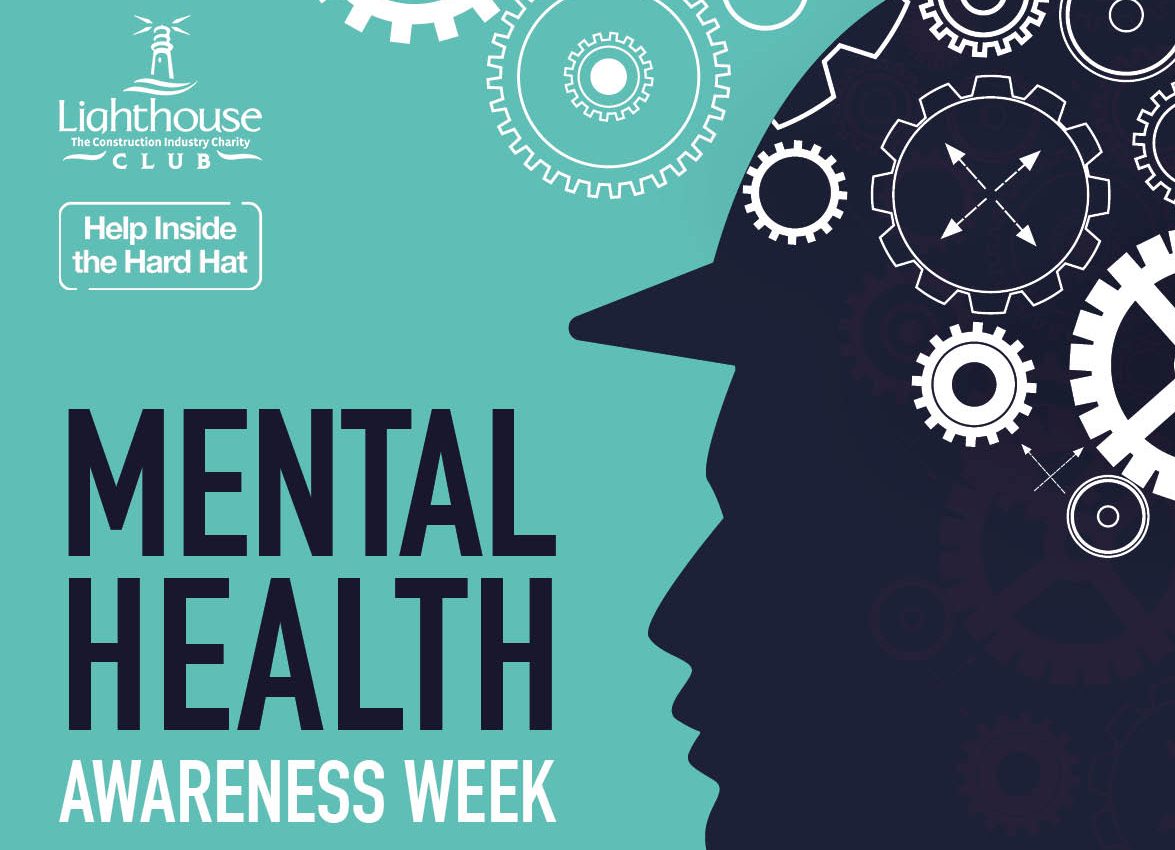 Russell WBHO supports The Lighthouse Club with a series of fundraising activities from May 9th to 15th.